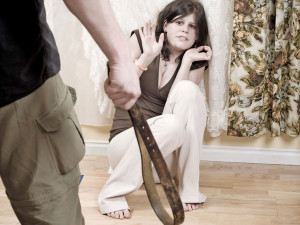 Although there is much more knowledge and awareness today about domestic violence, unfortunately thousands of people continue to endure physical or psychological abuse from their spouse. Thankfully, there are many ways for people to seek out help and stop the abuse they are suffering, whether it is through contacting the authorities, joining a victim’s group or learning self defense.

Often domestic violence begins gradually and becomes more aggressive and frequent over time. Most experts believe that domestic violence is used by a spouse as means to intimidate and control their partner. Signs that a spouse is becoming abusive can include a short temper, persistent jealousy and possessiveness.

While most people think of physical acts, like striking, choking or pushing a spouse when they hear about domestic violence, it can also include psychological abuse like verbal threats and insults.

Although victims of domestic violence should get help immediately and contact the authorities if necessary, learning self defense can be an effective tool in preventing further abuse. Victims should always try to escape and avoid any physical confrontation when possible, but knowing how to defend yourself when there’s no other option, could prevent you from incurring grave physical harm.

Learning self defense for domestic violence, however, also involves learning to recognize the signs of abuse, and learning effective ways to de-escalate or escape potentially dangerous situations. This is why many self defense courses also teach victims how to put together an escape plan, as often domestic violence continues after they have left the relationship.

« How to schedule your college program?
Consumau oamenii lapte in antichitate? »

One Commentto Can learning self defense prevent domestic violence?