Heating things up in your car 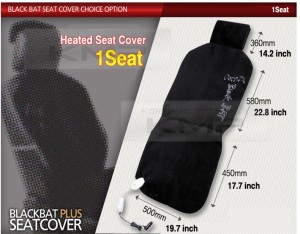 You get out of the house  and the cold outside hits you directly in your face. So, you cannot wait to get in the car to warm up, but often your car seeems to heat things up pretty hard. This article is meant to give you some tips on heating  things up faster in your car’s cockpit. How does exactly the heating system inside the car works?

The internal combustion engine, both diesel and the petrol produces heat and works best when it is hot, around 90 degrees C. The coolant is moved by water pump (which is usually driven by  the distribution or transmission belt).

The temperature of the coolant is regulated by the thermostat. It opens and closes around 97 degrees Celsius (having specific differences in each car model). When the thermostat is closed,the water in the engine performs only the small circuit: goes through the engine and through the heating radiator into the passenger compartment.

As the engine temperature rises above 97 degrees Celsius, the thermostat opens the coolant goes through the cooler that is in the front of the car between the headlights. There, when need ,the coolant is cooled down with the help of the cooling fan.

If the thermostat is broken, two distinct situations may occur. The thermostat is jammed on “closed’ ,then the engine fails to cool down correctly,because the water does not get into the engine cooling radiator. In this case the engine is  at a high risk of boiling and produce serious damage to the engine (from burning the cylinder head gasket ,to damaging the pistons, crankshaft and as well as other engine components).

If you see that your engine temperature increases above 105 degrees Celsius is best to stop the engine and let it cool down.It also helps in cooling the engine  turning on to maximum  on heat,the ventilation because when the car actually gives heat it cools  in fact the car’s coolant.

If the thermostat is jammed on “open” then the coolant performs its whole circuit. Thus the engine doeas not heat up enough and does not reach operating temperature. You’ll consume more fuel and  for sure  is not going to give heat inside.

Car manufacturers have tried in various ways to innovate how the heat  gets inside the car. Starting from the introduction of auxiliary heating systems such as the sirocol type to additional electric heaters and glow plugs on the cooling equipment (many cars like VW Golf 4 or Renault
Laguna have such plugs and most are burned because they are not  checked out).

In order to heat up faster the inside of your  car can do two things:

1. Do not start the ventilation inside the car until the engine temperature passes over 60 degrees Celsius. The moent you turn on ventilation in the passenger compartment, you lower the coolant temperature.